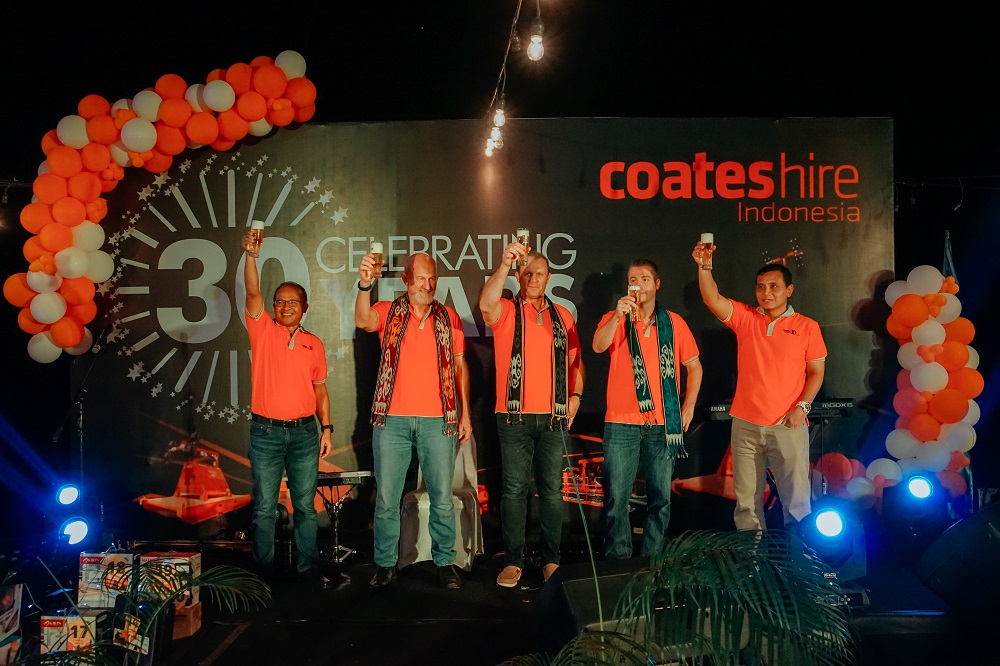 On 19 October 2022, Coates Indonesia celebrates 30 years of operations in Indonesia. The 30th anniversary of Coates Indonesia is even more special because this event was attended by James Naylor as GM Executive of Coates West Australia together with Clive Dunn as Commercial Manager.

Managers and Sales from all Coates Indonesia Branches also attend this event and made more fun and merry. During the event Coates announce  the “Services Award” to some employees. This time The long services award was represented by Ujang Suryana, who has worked with Coates Indonesia for 23 years.

In his speech the President Director of Coates Indonesia -Stuart Brown said that Coates Indonesia had faced many challenges during the last 2 years of the pandemic and was able to face and survive.

Mr. Stuart also thanked the employees for their hard work as a family and kept reminding them to work Safely.